So this week I had intended to do a review of Star Trek Discovery but over the last few weeks I have been playing GTA Online’s new heist, which unlike the previous heist missions can be done completely solo. This isn’t like the casino heist in which you can do all the set-ups by yourself and only need another player to help with the finale, no this one can be done 100% alone from scope-out, to set-ups, and finally the mission itself. 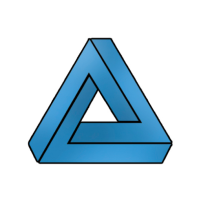 If you haven’t dropped into GTA Online for a while, then let me bring you up to speed on the Cayo Perico Heist.

So you are approached by Martin Madrazo’s son, who wants you to infiltrate a heavily fortified tropical island controlled by a ruthless drug lord named “El Rubio”, who has a file in his possession that he is attempting to use to blackmail the Madrazo Family. In order to take up the task you need to own a Casino Apartment (which I do), and buy a former Russian submarine controlled by a Russian named Pavel. Once you own the submarine, you can begin the heist itself.

This involves travelling to the island with English Dave as El Rubio is a fun drug-dealer who likes having exclusive parties. You sneak away from the party and hack the security systems to identify where the target files are plus any other points of interest to steal whilst you are on the island. Once that is done, head home and do the usual set-up missions, before taking on the heist itself.

Now true to heists, you have to collect various vehicles, equipment and firearms before you can begin.

You do have a surprising level of freedom when you infiltrate the island, you can sneak to the island in your submarine, you can do a halo jump, you can go to the island in a boat or helicopter. Once there you can go in guns blazing, or silent and sneaky. Just because you may have chosen to go in through the front door, you can go through a side door, or over the wall if so do desire. Ditto once you have robbed the target, you just have to get off the island, but you can stick around to steal more loot before you make your getaway.

Pavel does give you some context for why you need to get new weapons, vehicles and guns before you take on the heist. Owned guns, vehicles, and equipment has a paper trail that connects it to you, and El Rubio is a very dangerous man so it is imperative that he not know who it was who robbed him.

Now I am not here to review the Cayo Perico heist, if I was, I would certainly give is Thumbs Up because being able to do it 100% is great for players like me. It has some issues with one of the main ones being that if you are detected then every guard on the island instantly knows precisely where you are. Shoot a guard and a camera spots the body as it swivels round and the guards head straight to where you are. You could be way away from where the body was spotted but it doesn’t matter, get spotted, and you immediately get swamped by (I’m pretty sure) endless respawning guards. Basically one mistake leads to a perfect stealth run descending into trying to flee the island with guards, and helicopters dogging your every step. In a move that I do agree with, as a solo player you have a single bag with you, once that is full you cannot carry anymore loot which does make sense. Annoyingly though there are doors which can only be opened by two players using key cards, despite the fact that the doors are not so wide that a single player couldn’t stand there with a key card in each hand and open the door. I get it is to encourage players to play it with others but if you do that, then you have to split the take so even if you take a smaller total amount than you would have if you’d have had people joining you, you have to give them a cut which would nullify any additional profit you had taken. Generally on the whole it is a great addition to the game and has renewed my interest in GTA Online now that Rockstar seem determined to nerf Red Dead Online into oblivion.

What I am here to talk about is something that Yahtzee of Zero Punctuation has mentioned a few times in his videos, namely the Sandbox Paradox.

You may be asking yourself what this means, and basically it is referring to the fact that in an open world game you have total freedom when outside of a mission. In an open world sandbox map you can go pretty much anywhere you want, whenever you want. But during a mission or a heist, you have to follow a strictly linier path, in which any deviation results in failure.

Take the Pacific Bank Heist, you have to follow the predetermined path back to where you stashed your motorbikes, and if you don’t then you fail. You have a little more freedom when you are on the bikes, but generally if you don’t follow the path you are done.

Now this is a game in which your identity is never a problem. You can kill dozens of police officers and lose you wanted level, at which point you can walk past a police station giving everyone inside a cheery wave, and none of them give a shit.

El Rubio is established as being dangerous because in the initial island mission he feeds a guy to his pet panther, however, personally I must have killed thousands of NPCs by now. I have wiped out legions of mercenaries, taken down the mastermind of the Doomsday Heist, a supercomputer, and I put a bullet between the eyes of the guys trying to take over the Diamond Casino. I have shot down helicopters, jets, and planes. I have hijacked tanks, APCs, and other military craft. I can steal tech from Merryweather, or the government without breaking a sweat. I own numerous aircraft such as military jets, and helicopters. I have fleets of cars, vans, off-roaders, and others which include a car with a mini gun attached to the roof, a tank, armoured trucks, and numerous military vehicles. I own an underground facility that gives me access to an Orbital Canon. My point is that El Rubio may be dangerous but he cannot smite me from orbit with the press of a button, I on the other hand could do it to him...as dangerous as he is, I think my character is more dangerous. Which makes me wonder why my character would care if El Rubio learns who was behind the heists taking place on his island.

Seriously, it would be like worrying that a surviving ant is going to learn you were the one who sprayed bug-spray over its colony and killed its brethren.

I long for a game in which we have total freedom to plan a heist, and execute it the way we want. If I already have a stealth helicopter (which I do, the Akula), why can’t I use it?? It flies in, drops me off, and flies away. How is El Rubio going to know it belonged to me if he did not even know it was there?? Why can’t I use my Avenger to approach the island and use its formidable canons to cover anyone on the ground??

I wondered the same thing with the Pacific Standard Heist, as you flee the bank why can’t a helicopter drop down, scoop up your team and fly away??

I understand that games on this planet are somewhat limited and it would likely be a massive undertaking to give a player true freedom. It is just a shame that in heists like the Casino and Cayo Perico, you have to keep doing the same set-up missions over and over, unable to use any of your own vehicles even if you have decided to purchase them for yourself. Open world games give you the illusion of choice, I have used GTA Online as my example here, but the same is true of Red Dead Online, or Infamous, or Prototype. The game world is yours to enjoy as you see fit, except when you enter a mission, at which point follow how the game wants you to do things or you fail.

Missions like Perico and Casino are steps in the right direction because you have more freedom to execute the heist the way you want, but like I said, if you deviate too much from the way you are supposed to do it, then be prepared to fail over and over.