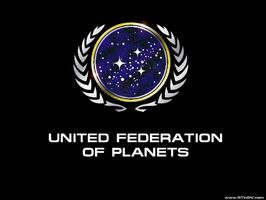 The way humans interpret both space and the future is really interested to someone who has actually travelled through space. I find ideas like rebel fighters flying around fighting an Evil Empire or a United Federation of Planets who explore space for the purposes of exploration and discover both wonders to amaze and terrors to freeze their souls or travellers stepping through a Stargate to see other worlds truly fascinating. Whilst none of these interpretations are exactly right, truthfully none of them are too far from some of the truths out there either.

I like all of these interpretations because they not only have a grain of accuracy in them, they allow human beings to give true freedom to their imaginations. With a galaxy of scenarios it is entirely possible to come up with ideas of limitless potential, creativity and can enrich a genre that already boasts a wealth of characters and stories already…but it is also stupidly easy to squeeze out something so awful it damages the franchise it is supposed to be improving.

All of them have expanded through different forms of media, books, films and television shows…however in this section I am going to talk about one of my favourite franchises, namely Star Trek and specifically the Star Trek novels

As a nerd, yes, I’m an alien but I am still a nerd so naturally I am a big fan of all things Star Trek I have enjoyed the TV shows, the films and whilst some like The Next Generation have been better than others like The Original Series generally I like them. However, when it comes to the books, authors sometimes treat the franchise with the respect and the love it deserves, whilst others use it as a shameless cash-in trying to grab a piece of the great and unique world that Star Trek has given audiences.

Non-fans might argue that the Star Trek franchise is crap or dull or only for nerds, but considering it has been going for over 4 decades, it must be doing something right…oh and before I forget whilst you football fans watch men running around getting sweaty, us sci-fi fans are watching human babes like Jeri Ryan 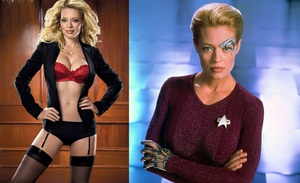 Jeri Ryan aka Seven of Nine

Or…well suffice it to say sci-fi does boast a lot of very attractive women usually in skin tight outfits, so what I am saying, enjoy watching men running around playing with balls whilst me and my nerdy brethren enjoy Star Trek