Antarctica is the most isolated landmass on the planet Earth and has no permanent population. There has never been a murder on the continent, until now. US Deputy Marshall Carrie Stetko has only three days to catch a killer before the winter sets in and those left on a research base are trapped there for the six months.

I am going to reveal a slight weakness to you, my loyal reader, I hate the cold. I keep my ship at a nice tropical temperature all the time, cold is an insidious entity, it snakes its way through clothing seeking out flesh with its icy tendrils. I despise being cold, and so when I hear about films that are set at the Earth’s Poles I am immediately intrigued because I wonder what is it that draws humans to the coldest places on Earth??

Whiteout then, typically with films set in the Arctic or Antarctic, people are in research facilities and are doing…well…research. Funnily enough though even though people are at research facilities I really struggle to remember times when those there are actually doing any kind of…you know…research. It was the same in The Thing, what are these people doing?? Because they really don’t seem to be doing anything that an outsider could consider as research…

Anyway, so we are in the South Pole, and for the first time in history someone has been murdered on the continent, but before we get too far ahead of ourselves, what is the story??

The film opens in 1954 with a group of Russians onboard a plane flying over Antarctica. After a brief discussion with the pilot (Bashar Rahal), the co-pilot (Julian Cain) goes into the back compartment and kills one of three men. The other two men attack the co-pilot and during a shootout, everyone ends up dead and the plane crashes.

In the present day US Deputy Marshall Carrie Stetko (Kate Beckinsale) is called from a US Research Base to the sight of a body lying on the ice. She, her bases’ doctor John Fury (Tom Skerritt) and a pilot named Delfyhead (Columbus Short) head out into the middle of nowhere to examine the body. Her investigation reveals that the man was murdered and his killer is still on the loose. After answering a call to another outpost she is attacked by a masked man who has already killed someone else. She eludes the killer, and falls unconscious. She wakes to find a man claiming to be a UN Operative named Robert Pryce (Gabriel Macht) at the outpost.

Together Stetko, Pryce and Delfyhead work to uncover the identity of the killer before an approaching storm hits and they are marooned for six months.

So there is a killer on the loose in Antarctica?? Well, I guess this could work, I mean The Thing was absolutely brilliant with the tension kept at breaking point as the characters get increasingly paranoid. So whilst the characters are not dealing with an alien that can imitate any of them, they are still dealing with the murderer, and none of them know who the killer is but it must be one of the people on the base.

That premise does have promise, wouldn’t you agree??

So how does Whiteout execute what is an interesting idea??

It makes the idea BORING, and now I am going to explain why…

Whiteout is a film in which nothing really happens, and is billed as a mystery/thriller. The trailer made it look as though the film was about some kind of monster or creature lurking within the snow storm that picks off the base’s personnel one after another. Films with a similar theme can be magnificent examples of sci-fi chillers (as mentioned above a primary example of this being John Carpenter’s The Thing). However, Whiteout quickly just slips into a slasher film in which the hapless hereon is chased relentlessly through a Russian Outpost by a masked assailant before returning to plodding tedium as the killer mysteriously disappears.

Director Dominic Sena seems to be trying to increase tension by introducing Pryce at a time when the audience are expecting to see the unmasked killer. The explanation for how Pryce came to be there so quickly also seems to be unlikely. Pryce is so obviously meant to be the killer, or so the audience are supposed to believe, that there might as well have been a huge sign hanging over his head informing the audience that they should be suspicious of him.

Whiteout is very unengaging and more than once as the killer pursues potential victims he is forced to use a safety line to keep from getting lost in the snow. Nothing robs a merciless killer of their menace quite like watching them struggle to secure their safety line before going after their intended victim.

Beckinsale and Skerritt have both had decent roles in the past, but here they don’t seem to do anything other than go through the motions. Sena was the director behind Gone in Sixty Seconds and Swordfish so he can direct decent films so why did he not bother here?? Why he decided to direct a film which is just a rehashing of a thousand other the killer-is-someone-you-know stories, and not even a good rehashing, is the biggest mystery here.

Typically with most “mystery/thrillers” there is a twist intended to take the audience by surprise, but it is a twist that most will see coming from a mile away. Think about Scooby-Doo Where are you? now why have I brought that up?? Simply because the formula of that show never changed, the person who was horrible to them were always innocent, there was usually an undercover policeman somewhere and the characters that were nice and were friendly towards the gang were always the person in the monster suit. So yes there is a killer, he is not the one ultimately pulling the strings, so whilst I am not going to specifically say who the one behind the killings is, think Scooby-Doo Where are you? and you’ll realise who it is. Those that don’t see it coming will most likely have already dozed off before getting to that point in the film.

Whiteout is a film that will leave its audience wondering what the point of it was. Most films have been made for some reason, they may not be worthy of Oscars but they are an entertaining way of spending a few hours. However, Whiteout is concerned with revealing a killer before a storm arrives, but the storm arrives and the killer is revealed about five minutes later. What do those trapped on the base do for the next six months?? They aren’t now stuck with a killer like in The Thing because the situation gets resolved almost as soon as the storm hits. So why reveal the killer after the storm arrives?? Why not before?? In the six month gap has nothing really happened?? Have they faced other challenges or was everything just fine?? Who knows because Sena simply skips ahead six months to show Beckinsale writing an email to her superiors before leaving the facility.

Perhaps Sena was intending to produce a tense thriller set against the frozen background of the Antarctic but all he succeeds in doing is making a film that is to be avoided like the plague.

All in all, Whiteout is just boring, it is not engaging and takes an idea that really should have worked (a killer amongst people trapped in an isolated research base), like The Thing did, but it doesn’t know what to do with this idea.

It gets a Thumbs Down because it commits one of the biggest sins a film can do, it takes an interesting idea and makes it dull, boring and just a chore to sit through. 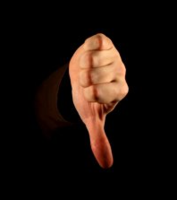 2/10 - Whiteout isn’t not worth five seconds of the audience’s lives let alone an hour and forty-one minutes, so do yourself a favour do not watch it and instead if you want a tense horror set in a frozen wasteland, then watch John Carpenter's The Thing