TAC Reviews...Star Trek The Next Generation

I have talked about the fact that I am a massive nerd before, and how much I love all things Star Trek The Next Generation, but I have never actually done a review or talked about the show itself. So the first series was originally aired in 1987 with the final episode of the seventh series being aired in May 1994. It is set in the same universe in what has become known as The Original Series and takes place 78 years after the adventures of Kirk and the first Enterprise. The primary cast included Patrick Stewart as Jean-Luc Picard, with Jonathan Frakes as Commander William T Riker, Brent Spiner as Lieutenant Commander Data and Michael Dorn as Lieutenant Worf. 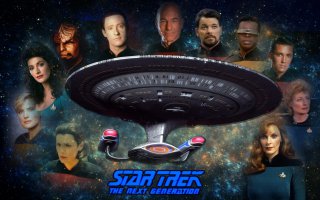 First I think I need to clarify something, I never managed to get into The Original Series, and really got into all things Star Trek through watching The Next Generation. I have tried to watch The Original Series but found the effects too cheesy and the acting too over-the-top to really enjoy. That being said I have seen the occasional episode like “Space Seed” (in which Kirk met Khan for the first time and led to the events of the film Wrath of Khan) or "Doomsday Machine". I also thought it was a bit of a shame that the digitally re-mastered Original Series didn’t have the cast of DS9 in the background during the “Trouble with Tribbles” cross-over episode. I can’t say I am a fan of the Original Series still, I do like both Deep Space Nine and Voyager but neither hold the same place in my hearts as The Next Generation. Naturally I am going to talk about the series soon enough, however, let me give you the lowdown on the events of the first episode plus the series premise.

So in the 24th century the newly commissioned USS Enterprise-D Captained by Jean-Luc Picard is on route to Far Point Station to collect other members of the command crew. The ship’s crew is stopped in their tracks by a strange energy grid and captured by a mysterious entity known as Q (John De Lancie). The crew are held by Q who tells them that all of humanity is on trial for being barbaric and tells them that their fate will be decided during their actions in the upcoming mission.

The Enterprise continues to Far Point where the full command crew unite for the first time, First Officer William Riker, Chief of Operations Data, an android, the ship’s empathic counsellor Deanna Troi (Marina Sirtis) Chief Medical Officer Beverly Crusher (Gates McFadden) and LeVar Burton as Geordie LaForge the ship’s Chief Engineer (well, in the first season Geordie was assigned to the bridge but from Season 2 onwards he was Chief Engineer). The crew are informed of the encounter with Q and continue with their mission, afterwards they are told that they have passed the test but the Q Continuum are going to be watching them.

And so begins the adventures of the Enterprise-D with the crew facing off against old adversaries, finding new friends, growing together as a crew and proving why they became a crew of legend in the Federation. They even have to take on a terrifyingly powerful race of cybernetic life forms that seek to assimilate them and the Federation into their Collective Consciousness…and for all of these things I am so thankful.

Now in truth I cannot recall exactly sure when I started watching The Next Generation but as soon as I did, I was immediately hooked. The show made each episode effectively a self-enclosed story so it was pretty easy to tune in at any point during a season and be able to get into the episode. There are generally two-part episodes mid-way through the 24 episode run and the season’s finish with a cliff hanger. The best of these was without a doubt The Best of Both Worlds but I will talk about that in a little while. In the first season the cheesy effects and music of The Original Series was present, however, the effects in the later seasons became far less cheesy and the effects became a lot better.

The cast are clearly enjoying themselves and the series spawned spin-off books, films and even other TV shows. Both Deep Space Nine and Voyager take place in the same era as The Next Generation, and featured characters from this show. Worf even became a permanent member of the Deep Space Nine cast and Q would pop up numerous times in The Next Generation as well as appearing in DS9 and Voyager. The first season featured Denise Crosby as the ship’s Security Chief Lt Tasha Yar, however, she felt that her character wasn’t developing so she was killed off at the tail end of the series. She did appear as a guest star in later episodes. Gates McFaddden also left the show, but her character went to work at Starfleet Medical and so for Season 2 was replaced by Diana Muldaur as Dr Katherine Pulaski. But McFadden returned in Season 3 and remained for the remainder of the show’s seven series run.  Will Wheaton was also in Seasons 1-4 but only appeared in guest spots after that. The core cast remained the same then from the beginnings of the show to the final episode and all become at home in their roles.

The show also acted as a jumping board for Jonathan Frakes’ directing career as he was given permission to direct a number of episode which led to him directing Star Trek First Contact as well as other movies like Clockstoppers and Thunderbirds. It also opened up the possibility of other cast members directing episodes which is something that other actors in other Star Trek shows would also go on to do.

The individual stories are all varied and some know when to treat things lightly and when to do something more serious. The idea of a holodeck helped to create some of the less serious episodes as well as give the crew a variety of locations to visit. Just so you know, a holodeck can create just about anything someone wants through the use of image projection and force-fields which even results in the crew having to tangle with Sherlock Holmes’ mortal enemy Professor Moriarty.

The more serious episodes deal with concepts of life and death, heartbreak, and the crew must rely on one another to save them when they get in trouble. Similar themes do appear over and over, for example as an android Data has no emotions so struggles with concepts like humour, sarcasm, and dreams of being human. Riker and Troi were lovers in the past but he left her behind to pursue his career and whilst they have gotten past their feelings for one another it is obvious that they both still care deeply about the other. The list of great things just keeps going but for me two of the funniest things about the show weren’t meant to be funny. The first is that whenever the Enterprise is attacked its shields are always the first thing to fail. No matter what, the shields go down, in Voyager whenever the titular ship was attacked, warp drive was always the first thing to go when the vessel was attacked. Plus in Next Generation whenever someone was captured and tortured it was always Geordie, it didn’t matter what the scenario, if someone was captured and tortured it was Geordie LaForge.

The nature of this universe means that many characters are dead but that doesn’t mean that they are completely dead. Denise Crosby as Tasha Yar dies in Skin of Evil but due to some temporal shenanigans she reappears and then appears again as the half-human daughter of Tasha and an unknown Romulan, named Sela.

At the time Hollywood star Whoopi Goldberg was a fan of the show and secured the role of Guinan, the bartender of the ship's Ten Forward lounge. She is an El-Aurian, a mysterious race of listeners, and may be hundreds of years old. She is also established to have a very close, although non-sexual, relationship with Picard. Guinan has even had “dealings” with Q in the past, and precisely what those dealings were has never been explored in the series or the books. She serves as something of an Agony Aunt to the crew and quite often offers them advice or gives them cryptic clues to help them out of various situations.

The three spin-offs in the 24th century all had overlapping ideas and themes, probably the most significant of these was the introduction of the Borg. A race of cybernetic organisms that have a hive mind consciousness and want to assimilate both the Federation’s technology and their citizens. The Borg were truly done justice in their big screen adaptation Star Trek First Contact but they were also at the centre of the greatest two-parter episode in anything, ever. 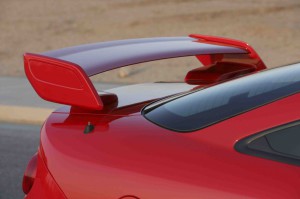 In The Best of Both Worlds Picard is assimilated by the Borg, and his mind becomes part of their Collective. The first part of the episode ends on the best cliff hanger with the greatest cliff hanger music score that I have ever heard, I am not joking when I say that I had to wait 24 hours to see the conclusion part of the episode and it did not disappoint. The episode builds up to nerve shredding tension as a single Borg Cube warps to Earth to assimilate its population, Starfleet assembles a fleet of 39 starships at Wolf 359 to engage the Cube, but every ship in the armada is destroyed. Thousands of officers are lost and it is only in their final moments that Picard is able to break through the hive mind to give Data a vital message, a message that Data is able to use to prevent the Borg from wiping out the Federation.

After this the Borg do appear a few more times during the shows run but never in as terrifying a manner as they did here. The reason that this episode is so significant because in Deep Space Nine we learn that Commander Sisko (Avery Brooks) was onboard the Saratoga during that engagement and his wife was killed in the battle with the Cube although he escaped with his son, Jake. The events of Wolf 359 also crop up in books and episodes of Voyager too. It is probably the most significant episode in the entire Star Trek universe and was shown when the show was at its peak.

The show has such a rich tapestry of themes and ideas, the cast are all fantastic, and the effects are all impressive. The show spawned four feature films and one of those, First Contact, is one of the best Star Trek films, hell one of the best movies ever made.

Basically there are very few, if any, downsides to this show. It is the perfect show for anyone who likes sci-fi and this is the role which made many of the cast into stars. I have recently acquired a box-set that contains all the episodes so I am going to start re-watching them in the near future, I may try and get Abbie to watch them with me, but I doubt it will be something she is into...maybe a tweak to her programming...no, you know what...she's fine as she is. Anyway, naturally Star Trek The Next Generation is getting a Thumbs Up, but I think in this instance I am going to award it with my very rare 2 Thumbs Up. 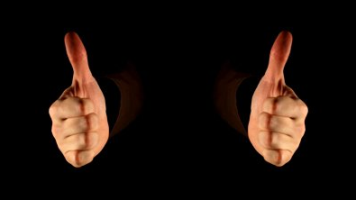 10/10 – There is no such thing as a perfect show but Star Trek The Next Generation is as close to perfection as any show could hope to be. It drips with new ideas and keeping each episode a self-contained story makes the show accessible to non-fans. If you like creative sci-fi then you owe it to yourself to track this down and watch it because you will not be disappointed.