Running from 1968 to 1977 Dad’s Army spanned nine series and three Christmas specials, it was written by Jimmy Perry and David Croft. The original idea was partially based on Jimmy Perry’s real life experiences in the Local Defence Volunteers who later became known as the Home Guard.

When I first arrived I tuned in regularly to watch re-runs of classic comedies and I to say they are timeless does not do them justice. Basically I have spent years, watching and rewatching these classics of comedy, and so many modern day comedies barely manage to raise a smile from me and yet watching Basil Fawlty going off on one and hitting his car with a branch leaves me in hysterics and Corporal Jones shouting “Don’t panic!” makes me laugh as much after the hundredth time I’ve seen it as it did the first time. I look back on those happy days when I first arrived here, was nieve, and still looked at life with the promise of joy on the horizon when my people would arrive, destory all humans and give me a pat on the back for doing a good job. Unfortunately as things have turned out I have become the moody, emotionally unstable, and cynical alien that commits his thoughts to the internet for you humans to see...

Anyway for those of you not in the know let me bring you up to speed.

Set in the small seaside town of Walmington-on-Sea, Captain George Mainwaring (Arthur Lowe) is a bank manager by day, but after work is the commanding officer of a platoon of soldiers made up of volunteers from around the town. They include his chief clerk and Sergeant Arthur Wilson (John Le Mesurier), butcher and Corporal Jack Jones (Clive Dunn) as well as Privates Joe Walker (James Beck), Frank Pike (Ian Lavender), James Frazer (John Laurie) and Charles Godfrey (Arnold Ridley). Together they are defending their town from the threat of a Nazi invasion from Hitler’s forces poised across the channel.

Together Mainwaring and his platoon prepare themselves for an encounter with the Nazis and during the course of the nine series they do come face to face with the Germans on more than one occasion.

During their service they have to not only deal with the Germans, but guard prisoners of war, go on various military training exercises including initiative tests and constantly butt heads with the leader of the ARP (Air Raid Precautions) Chief Warden Hodges (Bill Pertwee).

Over the years British comedy writers have managed to take some pretty grim scenarios and turn them into something brilliant, comedy legend Ronnie Barker made prison life funny in Porridge and Harry H Corbett and Wilfred Bramble were hilariously tragic as Harold and Albert in Steptoe and Son. The list could go on and on. In Dad’s Army Arthur Lowe et al manage to take the very serious scenario of ordinary men, unable to fight for the regular army, joining the Home Guard to defend their homes from an army that has so far crushed every opponent in their way, and turn it into something that is not only very funny but also timeless.

The cast are all magnificent, and bounce off each other superbly. Arthur Lowe is perfectly suited to playing the pompous Captain Mainwaring who is clearly jealous of Wilson, his effortlessly charming Sergeant who has come from a wealthy background. Ian Lavender fits the role of the mummy’s boy Pike like a glove and frequently tells his ‘Uncle Arthur’ that he will ‘tell mum’ every time someone makes him do something he doesn’t want to. James Beck is the equivalent of a war-time Del-boy (from Only Fools and Horses), and is the man who can get anything for you if the price is right, Clive Dunn is hysterical as lifelong solider Jones, who is obviously barking mad but makes up for it with relentless enthusiasm for serving his Captain, and so the list goes on.

Basically someone could spend a lot of time talking about how good the cast are, however, what is just as important as the cast is the fact that Dad’s Army is a true classic. Unlike modern comedies that rely on crude, sex or toilet based humour, Dad’s Army is in the same vein as other classics such as Fawlty Towers, Porridge, and Open All Hours in the sense that it is funny because it is clever. Jones can say ‘Don’t Panic!’ every episode and every episode it is hilarious, Mainwaring says to Pike ‘Stupid boy’ on average twice an episode and it is still funny. Frazer constantly saying the platoon are ‘Doomed’ at every opportunity. The cast members have their catch phrases and perhaps it is the grim setting of a small wartime town that makes everything work so well, or perhaps it is the witty writing and fine acting, either way Dad’s Army is as funny now as it was forty years ago when its final series ended.

Tragically the majority of the main cast have passed away, with Clive Dunn at the end of 2012 leaving Ian Lavender as the only surviving member of the main cast (James Beck passed away during the series which is why Walker disappeared in later series) but Dad’s Army is a magnificent legacy that will still be funny in another forty years. Like Porridge and Steptoe and Son it can stand the test of time and unlike modern comedies it will still be around in years to come and will continue to delight new generations.

I can watch episodes of Dad’s Army now and still laugh, so I am not just looking back at it through nostalgia coated glasses, it is a classic comedy and yes I am aware I have said that before but it really is. So Dad’s Army gets a Thumbs Up and if you are unfamiliar with it, then I urge you to track it down because you will not be disappointed. 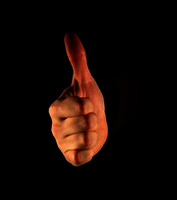 10/10 - A true British classic which comes in a complete boxset containing every episode ever made that is more than worth the purchase price. Buy it, you will not be disappointed and if you are then clearly you have no soul