Let me tell you a little something about me that you might not know, I like getting DLC for games that I have enjoyed playing. As far as I am concerned DLC should give players a reason to return to a game that they have enjoyed so they can spend more time in its world.

I also like getting trophies and if I have a chance to get 100% of the trophies a game has then I will play for hours and hours to achieve each one. However, if a game’s trophies are not achievable then I will get the ones I can be bothered to get (or happen to acquire) simply by playing the game and then leaving it at that. 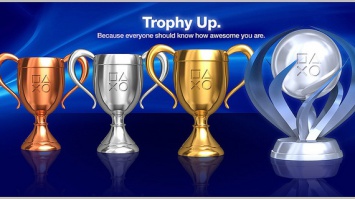 Don't you want people to know how awesome YOU are??

Now I consider myself to be a fairly average gamer, I am not generally terrible at games but I am not one of those people who become the world’s best Halo or Call of Duty player or whatever. Therefore if trophies are based on playing games on their hardest difficulty setting then generally I won’t bother. There are exceptions to that rule, I played Dead Space on Impossible Mode, but did not bother to try Hard Core or whatever the most difficult modes were on the other games because I knew I’d never be able to do them. If I remember correctly if you attempt Hard Core Mode on Dead Space 2 you can only save your progress 3 times in the whole game. The game is around nine hours long so if you were planning on playing it for three sessions of three hours if you die you’ve potentially lost three hours of work. I enjoyed Dead Space 2 but knew there was not a chance in Hell I’d be able to do this mode so didn’t even bother. However, Classic Mode for Dead Space 3 was hard but doable and that I was able to achieve so unlocked the Hand Canon and the trophy for doing it. So as I said above if I know I can’t get all the trophies I’ll do the ones that are doable and forget about the rest.

Recently I have become increasingly aware of trophies for DLC, but I didn’t really pay much attention to it before now. In my Batman Arkham Knight review I pointed out that in order to unlock the final Batman showcase outfit you needed 240% which could only be achieved by playing the game through twice, once on normal and again on a +game, and then also downloading the Season of Infamy missions and playing through those on both games modes too. So to get the outfits that come with the game you have to also download some DLC to unlock it. As far as trophies go this didn’t really matter to me as I wasn’t going to do all the challenge maps, races and so on so I wasn’t ever going to get all the trophies anyway. Plus as I had the Season Pass getting all the DLC was easy and allowed me to play around in Gotham City some more.

Then Abbie and I bought Marvel Super Heroes 2…in every previous Lego game I have played I have always unlocked all the trophies. But for this latest game a Guardians of the Galaxy DLC was also listed which we didn’t get with our copy because it wasn’t a Game of the Year edition it was just the game itself. Now having played the game Abbie and I are bored of it, and as a result have no intention of also getting the extra DLC.

This got me thinking…

When I look at my trophies for games I’ve played they initially start off by showing the amount of trophies that have been unlocked for a game. Click on the game title and you go into each one it’ll give you a breakdown of which trophies you have unlocked, which are still to be done, and sometimes hidden trophies that you discover when playing the game. With this latest Lego game even if Abbie and I slog through to get 100% of the trophies for the main game, overall the trophies will not be 100% because we won’t have gotten the trophies for the DLC too.

Like I said I only go for trophies if I know that I have a chance of getting them but I find it pretty annoying that game developers put trophies for DLC that someone may not ever want. If you bought a game, trophies for that game and that game alone were downloaded you could work through getting them. If you then chose to buy some DLC and once you downloaded it, the corresponding trophies were also downloaded, then you wouldn’t end up with huge amounts of trophies you will never achieve unless you fork out yet more money.

For the 100% completion nutters out there this must be infuriating.

I downloaded all the DLC for Batman Arkham Knight simply because I had the Season Pass so figured I might as well, and as I would never do all the challenges knew I wouldn’t get all the trophies I wasn’t bothered about the trophies for the DLC stuff appearing too. But I have recently started playing Resident Evil VII and as soon as the game loaded up there were trophies for all the Banned Footage DLC as well as the ones for the main game. So I hadn’t even started to form an opinion of the game and all the DLC is being shoved down my throat…now if trophies don’t concern you and you think I’m getting worked up over nothing consider this: what about the DLC that actively tells you more about the story than the main game did??

I played The Evil Within a while ago and enjoyed it. I have recently purchased the sequel The Evil Within 2 which I will be playing after I finish Resident Evil VII. In the first game Sebastian was trapped in the nightmare world of STEM and knew nothing about the situation he found himself in. It was just up to you to guide him through the game and get back to the real world. However, in the DLC we learn that side character Kidman was actually working for the organisation known as Mobius that was not only the company behind Ruvik’s research, they were also the ones that cut him up and put his brain in a jar. Sebastian’s wife, Moira, was also working for them and had distanced herself from Sebastian to protect him. So in the main game we know basically fuck-all about what is happening and two pay-to-play DLCs appear to explain what the hell was going on. I haven’t played those two stories called the Assignment and Consequence and only know the story through watching Markiplier play them on YouTube and reading about it on the Evil Within Wiki page.

Why put the stuff that explains everything in a DLC package that someone has to pay extra to play??

Yep, the only reason that a company would do this is to wring more money out of the people who buy their games. It isn’t simply: Did you enjoy that game; well here’s a bit more of it…no, no, no. It is: Did you enjoy that game, well buy this extra stuff if you want to know what the hell is going on and if you want to unlock all the collectables that shipped with the main game.

Micro transactions are becoming a huge problem in games these days, and it really came to the foreground when EA tried to include micro-transactions in Star Wars Battlefront II, which were linked to how easily you can progress your character. But isn’t DLC becoming the same?? As soon as a game comes out they are promoting the Season Pass because it gives you access to all of the DLC that is going to be coming out in the near future. In all honesty the Banned Footage tapes of Resident Evil VII’s DLC do look pretty good and I might finish the main game and want to check those out too, but it should be because I chose to do it, not because I am being forced to in order to get a better picture of what is happening in the story.

Maybe trophies are unimportant and are just there to give you the false illusion that you have achieved something instead of just being sat on your arse all day staring at a screen and pushing buttons on the controller. As far as DLC goes I find it irritating that main game and DLC trophies are uploaded together because it affects your overall trophies if you don’t have the DLC too.

However, DLC that actively finishes the story is straight up bullshit, so personally I won’t play it. There are plenty of Wikis out there, which will fill in the gaps on DLC that you are unwilling (or cannot afford) to buy and play. I hate this trend of making games and slicing bits off them to sell to players later or mentioning the DLC every five minutes suggesting that key story elements are being held back from players, when you have already forked out your hard stolen (or earned if you aren’t me) money to buy them in the first place.

My advice to anyone who feels the same way about this as I do would be to play the game and if you want to play some more, go for the DLC (after checking out a review to find out if it is worth it or not, obviously). If you aren’t prepared to pay for extra content then watch someone else doing a play through or read a Wiki that will tell you what was going on that you missed.