Written in 1886 by Robert Louis Stevenson the story focuses on dissociative identity disorder. The story has had multiple interpretations both on television and film over the years, you may recall I did a review of a BBC show called Jekyll a while ago and loved it. At the time I had not read the book but now I have and consequently it is the book that I am going to talk about here.

I think that regardless of your familiarity with the book itself most people are going to know the story of Jekyll and Hyde, because he appeared in the big screen adventure League of Extraordinary Gentlemen and if you are not familiar with that film or the character then allow me to give you the basic gist…essentially Dr Jekyll develops a potion that transforms him into Mr Hyde. That is not a spoiler because this idea has been ripped off or imitated or reinterpreted a million times by numerous sources. Similarly to Dracula this is one of those ideas that would define a genre and so many have taken ideas of themes from this and created new characters.

The story is set in London in 1886 in which Mr Utterson, a lawyer, and his cousin are out walking when they pass a door leading to a house that Utterson has never seen anyone enter or exit. They discuss the door and this lead’s Utterson’s cousin to tell the story of an encounter he witnessed some months before between a girl and a sinister man named Mr Hyde. Hyde trampled the girl and after being detained by witnesses was forced to pay £100 to avoid a scandal. He pays using a cheque from a reputable gentleman named Dr Henry Jekyll who is a friend of Utterson’s and a client of his. Jekyll has recently been absent from his friends, and cut himself off from the outside world. He had also been distraught and has changed his will to leave everything he owns to the man named Edward Hyde. Whilst Utterson does as his friend asks he is overcome with revulsion and disgust when he finally sets eyes on Mr Hyde.

A year passes and a woman witnesses Hyde beating a man to death with a cane, the police and Utterson attempt to track Hyde down but he has disappeared. All they find is Jekyll who assures them that Hyde is gone and that he [Jekyll] is done with him and is going to have no further dealings with him.

For a couple of months Jekyll returns to his former self being social and friendly towards those in his life, however, then Jekyll once again starts refusing to allow people to see him, and one of his and Utterson’s mutual acquaintances dies after receiving information regarding Jekyll.

Utterson keeps investigating and vows to learn the truth about what is happening to his friend, and how the sinister Mr Hyde is involved…what he learns will shake the foundations of everything he thought he knew…

Dr Jekyll and Mr Hyde is one of those ground breaking stories and like Picture of Dorian Grey, Frankenstein and Dracula defined so much that would follow it. Buffy the Vampire Slayer had an episode in which a student took a formula to transform himself into a stronger version of himself and where do you think Stan Lee got the idea for The Incredible Hulk?? I mean it is not that much of a leap is it?? Bruce Banner obviously Jekyll fighting against his own version of Hyde, obviously the Hulk. Or what about Norman Osborne battling the Green Goblin in Spider-Man. Even The Nutty Professor and Sherman Klump’s transformation into the fast talking and smooth Buddy Love is ripped straight from the ideas in this novel.

Now as you know I have read several of these classics of literature and whilst I like some, are largely indifferent to others and spit hatred at the ones who almost drove me to drilling a hole in my head to relieve the boredom of reading them…Jekyll and Hyde is one of my favourite stories of all time.

The first time I picked it up was after a night out in London with some of my skin-sack’s closest friends. We’d been at a gig, and after missing the fact that I could have had sex with a Goth girl my skin sack inexplicably managed to chat up without even meaning to we returned to our digs (which was a flat lived in by my skin sack’s Irish friend Shamie). Now as I have mentioned, being an alien I only need to sleep for ninety-two seconds every thirteen days, so whilst almost everyone else had settled down to sleep I remained wide awake. It was at this point when I was staring at his book self that I spotted Strange Case of Dr Jekyll and Mr Hyde and picked it up. My head was swimming with booze and by blood full of various drugs I had taken during the night and yet despite this I was able to focus completely on the story I was reading. I was gripped from the moment I read the first line to the moment I closed the book a few hours later. We had been up all day and all night, arriving back at 6:30 in the morning, and whilst everyone else slept (well Shamie was nailing this earth girl he’d pulled at the same gig I’d pulled the Goth chick) I was so engrossed by the book that I was totally oblivious to those sleeping around me and the creaking bed springs coming from the room next door.

The story itself is not that long, only around a hundred pages, but not an inch of it is wasted, there is no pointless filler or pages and pages where nothing happens like there is in…shiver…Moby Dick…(which I still haven’t finished by the way). The story is exactly as long as it needs to be, and whilst it is told mostly from the perspective of Utterson, it switches to letters and entries made by others as well. It gets straight into the story and does not leave you to skim read through numerous chapters in which he learn that Utterson doesn’t like chickens or something as equally retarded as the main character did in Moby Dick

The characters are perfect, and as the story develops we learn more and more about what is happening to Jekyll and how he started to transform into Hyde. Plus the fact that Hyde starts off as weak and deformed in the beginning only to become stronger and stronger is an interesting concept. It follows the idea that Hyde is essentially Jekyll’s dark side, and as a good man Jekyll had denied his darker impulses, meaning that Hyde is younger, and less developed than Jekyll. However, the longer Jekyll remains as Hyde the stronger and more dangerous he becomes until Jekyll starts to realise that his darker alter-ego might become his dominant side, and he might ultimately lose himself to Hyde.

I am not exaggerating when I say that nothing is out of place in this story, not a character, not a paragraph, not a full stop…this is as close to perfection as it is possible to achieve. This is a flawless story, I honestly cannot think of a single issue I had with it, and as it is free to download on kindle there is no reason not to do so and read it.

Like I said, I cannot find anything that I didn’t like in this book and I cannot recommend it highly enough, naturally it is getting a Thumbs Up...no actually I am going to give this book a rare Two Thumbs Up 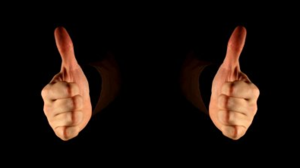 10/10 – With not a sentence out of place, this is as close to perfection as you humans can hope to achieve. This is a magnificent story and as it is only a hundred odd pages long you can read through in an afternoon or after a heavy night when you head is buzzing with booze and your veins are filled with chemical stimulants…trust me, read this book, because you will not be disappointed.