In case you are unaware Amazon Prime and Netflix are two companies in which someone pays a subscription fee every month at which time a library of films, and TV shows become available to them to stream to something like a PS4 or Xbox. This allows that person or persons to watch as much as they so desire. With two services being on the surface pretty similar to one another which of the two is better? 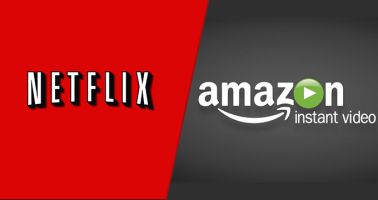 I have only recently been using Netflix and whilst it has a very impressive library of different films and shows, it is limited. The is a TV show I like called River Monsters and the first 3 series are available. However, there are at least 6 seasons of the show. So I don’t understand why Netflix has the first few seasons but has not secured the others. Presumably it is to do with the popularity of the show because they do have 9 Seasons of The Big Bang Theory so I could sit and watch them. But to get my River Monsters fix I need to look elsewhere. This is not an isolated incident, dozens of shows or films that I have attempted to find on Netflix are either not on there or limited in the amount of series you can watch.

I am also not sure on how long some of the films are still going to be accessible of Netflix, I have seen bits and pieces of Guillermo Del Toro’s fantasy Pan’s Labyrinth numerous times but I have never been able to just watch it from beginning to end. I did a search the other day and discovered that Netflix has the film in its library so I decided to clear some time in order to sit down and watch it. It was a few days later when I found myself free and attempted to access it, unfortunately, it has disappeared from the library. Where it has gone I have no idea, and I don’t know if it is coming back, the point is that it was there and now it isn’t so I couldn’t watch it which disappointed me.

I have been able to tune in to watch numerous films from Netflix but considering that it is a subscription service I am a tad irritated that there is a lot of stuff that isn’t in its library which I cannot watch on it. The majority of the shows or films I have watched have been more because I had some time to kill and stuck on a cheesy horror movie or whatever to pass the time whilst I was doing something else or just wanted something mindless to pop on.

On the plus side, it has to be said that the menu system is pretty user-friendly and if you select a genre it will basically fill the screen with maybe a dozen films at a time, making flicking through them a doddle. If you select a film you will generally get a quick trailer for it, and a little synopsis which is all good. This makes scrolling through movies just browsing for something that might take your eye very easy.

Still, how does Netflix stand up to Amazon Prime?

Amazon Prime has a huge library that seems to dwarf that of Netflix, now both have exclusive films and TV shows that they have produced. One of the ones that I was eager to see on Prime was The Grand Tour as I was a fan of Top Gear when the guys were on their adventures or doing the cheap car challenges and The Grand Tour seemed to be the three of them doing that. The series is an exclusive to Amazon Prime and I sat down to watch the first episode the other night, now my thoughts on the series may pop up at a later time, but for the moment it is Amazon Prime itself I want to talk about.

Like I said the library seemed formidable and Abbie and I were searching for numerous shows and films. She is a fan of Disney so typed that into the search bar and the wealth of all things Disney popped up on screen. From The Little Mermaid to Toy Story 3 and the live-action Beauty and the Beast to The Jungle Book were all there. She was very excited at the prospect of being able to watch any Disney film whenever she wanted.

I also did a search for River Monsters and found that all of the seasons to date are on Amazon Prime, so immediately we were thinking that having a Netflix subscription is pointless when the far superior Amazon Prime had everything we could think of…then we ran into a problem…

Yes, Amazon Prime has just about every movie you can think of, BUT, only some of them are included with Amazon Prime. Everything else you have to pay to either rent or buy. River Monsters was one of the things that was only available to rent or buy (none of the seasons were free to view unlike the ones that are on Netflix), the Disney films were also only available to rent or buy, so almost immediately the massive library we had been presented with began to shrink as we realised what was included on Prime and what wasn’t. To make things worse there doesn’t seem to be a way to only access the stuff that is included with Prime, so we sat there searching for various things only to discover that some of them were and some of them weren’t included. I would have thought the whole point of signing up to Amazon Prime was that so you get TV and films for free, if you have to pay extra to watch the actual stuff you really want then why pay the subscription fee at all when you can just buy the DVDs??

Plus unlike Netflix the menus are not especially user-friendly, select a genre and you are presented with a row of films, maybe five or six on screen, which you have to flick slowly through. There is no trailer with each film but there is a brief synopsis. Both mine and Abbie’s eyes started to glaze over as we flicked past film-after-film whilst trying to find something that we might be interested in watching.

It has to be said that there is still a lot that is included with Amazon Prime but not being able to separate what is free and what you have to pay for is really, really irritating .

So which is best??

Naturally they both have their pros and cons, however, the biggest pro that I can think of for Netflix is that what you see is what you get. If you subscribe then you can watch anything and everything you want and it is included, there are no additional costs if you want to watch a specific show or film. If you subscribe to Amazon Prime then you also get access to a huge library, unfortunately, you will undoubtedly find yourself bashing into pay walls everywhere you turn with no way to just select what is included on Prime and what isn’t.

Personally I prefer Netflix because I watched the excitement in Abbie’s face fade as she realised that all of her beloved Disney films were locked behind pay walls so she couldn’t access them without paying additional costs after signing up to Amazon Prime. I would say that the available library on Netflix is limited compared to Amazon Prime however what you see on Netflix is at your fingertips without additional costs, if it is on there then you can watch it, if it is on Amazon Prime then you can definitely watch it, but potentially only if you pay a bit extra.

My advice is this, disregard both options and buy DVDs, because those you own and can watch as and when you want.