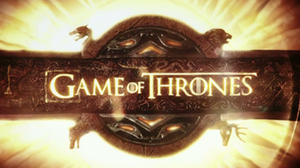 I am fully aware that with this review I may, in one go, alienate everyone on the face of the planet, because I seem to be the only one on Earth who does not care for Game of Thrones. But as an alien, my opinions can be different, because I have a mighty alien brain whilst you humans are limted by your human minds...anyway...

If you are still reading it is only going to be because, either you may be the only other person in the world who doesn’t like it, or you are seeking fuel with which to light the fires beneath my hidden space-ship, that metaphor didn’t make much sense but let’s continue anyway.

In the first season Sean Bean is recruited by his mate the King to come to his kingdom and act as his left hand, thankfully not to act as his right hand (masturbation joke) which Sean Bean reluctantly agrees to do. He is then tangled up in a bizarre plot in which an inbred family called the Lannisters, the sister of which is married to the king in a marriage that was obviously for political reasons and not love. Everyone is vying for control of the throne, with Sean Bean’s family just trying to get their heads around the complex politics of the situation they now find themselves in.

On the other side of the world a woman has been forced to marry a barbarian warlord (Ronan from Stargate Atlantis so that is what I’ll call him) because her brother wants Ronan’s army so that he can invade the other continent and reclaim his family’s crown or something like that. His sister eventually begins to fall for Ronan, and him for her, and becomes increasingly independent much to her brother’s frustrations who seeks only his own kingdom.

Okay, here’s my problem with Game of Thrones, the majority of what happens in the first season seems to be pretty much pointless.

Now I warn you that spoilers lie beyond this sentence…still here?

Right then, the barbarian story arc was for me the best part of the season, watching this timid woman being effectively sold as a new whore to a warlord by her asshole brother only to become stronger and stronger as she embraces her new role as queen with the power that comes with it is thoroughly entertaining. The brother gets his especially painful comeuppance which made me chuckle. Then things take a downturn when Ronan dies, meaning that she is no longer queen so the barbarian army buggers off leaving her alone. So…what was the point in her journey?? Why did we spend all that time sitting watching her and Ronan develop an actual relationship if he was just going to be killed off?

This is not an isolated incident.

The king is mortally wounded by a boar late in the season so he puts his left hand in charge until his son (who is actually the son of the Lannister brother and sister) comes of age to rule the kingdom. Now in what I thought was going to be a crucial plot point later on, Sean Bean actually writes “my rightful heir” not “my son” as the king had said because Sean Bean knows the boy the king believes is his son actually isn’t. But when the king dies and he takes this letter before the Queen she promptly burns it and declares the king’s “son” the new king. So…what was the point of the careful way Sean Bean wrote the letter?? Why draw the audiences’ attention to the way he phrased it if the letter was just going to be destroyed in practically the next scene??

So it goes on, plot lines start, go bloody nowhere, and then end with the characters somewhere they probably would have been if Sean Bean’s family had never been involved in the first place. The king is dead, and his “son” is in charge. Ronan’s dead and his queen is alone except for three dragons which were in eggs and survived a funeral pire with her (don’t ask) and her dick brother is dead.

Now Game of Thrones is based on a series of books and it seems that the TV show is making the entire series run one big story arc, but I am not a fan of that, a single season story arc is easy to get behind but one that demands a massive commitment of time and energy quickly becomes tiresome and doesn’t hook me in and make me want to keep watching. In the season finale I did not care about the remaining characters because my favourites were either dead or were getting precious little screen time.

There is a fair amount of sex and violence but it seems to be there for its own purposes. In the same way True Blood waved beautiful naked women and toned naked men to hook in people who just want an excuse to watch naked people writhing against one another. I have news for you, there is an entire genre devoted to that, it is called porn and is readily available on the internet so go watch that instead. Game of Thrones also adopts this “sex-sells” technique and thus most of the women get their clothes torn off most episodes but without context sex is just there for the sake of it and doesn’t add anything to the story.

Maybe I am simply old fashioned and like a TV series that has either one-episode story arcs (like Star Trek: The Next Generation) or single season arcs (like Dexter) because in the case of Game of Thrones I was simply not invested enough to care about continuing to watch in the next season and if a series doesn’t make you want to keep watching then it has failed. 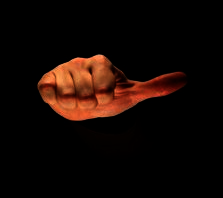