Written by Adam Roberts, Stone was first published in 2002 and is told from the first person perspective of a character named Ae, who lives in a utopian society, and is guilty of a crime that is almost unheard of in his society: murder

I am a big fan of science-fiction, to see how you humans interpret the future is always very entertaining. I love two of the ideas that seem to be the common theme for all future stories, that either society will have evolved into a utopia, or alternatively it will be a post-apocalyptic future.

But what I find most interesting is the idea of how the technology that exists today will continue to evolve in the future. I remember only a few short years ago when there was no internet, mobile phones were the size of bricks, and televisions had only three channels. Now, that the “wealth” [chuckle…sorry I couldn’t write that with a straight face] of human knowledge [...chuckle…] is available at your fingertips, with mobile phones that can be used to send emails, ring people through the internet and of course televisions have so many more channels, and yet more often than not you still can’t find anything decent to watch. The point is that technology develops very quickly and the idea of machines being developed that exist within the human body to enhance them is a common theme within sci-fi.

It is the idea of a society in which the race has what is called “Dot-tech” in their bodies that appears as the main backdrop to this novel. Dot-tech are microscopic machines that fight off diseases, change the person's gender and create new features based on the individual's whims. Plus and perhaps most importantly they are designed to keep the person alive no matter what.

Before I get too carried away talking about the technology, let me give you the gist…

So Ae is a criminal, and is guilty of murder. He is imprisoned in a jail that exists within a star and has had all the Dot-tech removed from his body and is basically just being left to die because there is now nothing to keep him alive so sooner or later he will be claimed by his own mortality. To pass his time he decides to tell his story to a stone that is within the prison environment that is holding him.

Through the 1st person perspective Ae tells the story of how he was offered the opportunity to escape from his prison and be granted his freedom if he does one small thing…just kill the population of an entire planet.

He takes on the task and the rest of the story follows him as he escapes his prison, and struggles to hide in a society that has achieved near immortality, plus tries to figure out how exactly he is going to wipe the population of a whole planet. Along the way he does receive help from several sources but ultimately he, and he, alone must kill everyone on the chosen planet.

Okay, so let me tell you what I really liked…and that is the technology itself.

The Dot-tech is designed to keep a person alive no matter what, there is even a moment where Ae decapitates someone and the Dot-tech keeps the severed head alive, where it pleads with him to allow the Dot-tech to reconnect the head to the neck thus allowing the victim he decapitated to survive. So, just so we are all clear, Decapitation is something that can be survived in this world if the severed head and neck are reunited quickly enough.

The people of this society can also instruct the Dot-tech within them to change their genders and appearence, so men and women may have changed their genders many, many times during their lives. It reminds me of an idea that came courtesy of Doctor Who’s Captain Jack Harkness who came from the future when the human race exists as part of empire that has dozens of variations and classifications of gender so homosexuals don’t exist became there are so many genders it is impossible to classify individuals as genders are interchangeable. In the world of Stone sexually transmitted diseases don’t exist because the Dot-tech fight off and kill any diseases or parasites that attack the body so sexual relationships are entered into more casually than a drunk Essex girl on an 18-30s holiday in Ibiza

How space travel is achieved is also interesting and as far as I am aware is unique.

People use this foam-stuff to encase their bodies and propel themselves to other planets, now whilst space ships do exist, they are huge creations that take decades to travel between worlds and are generally inhabited by random eccentrics who don’t wish to be shot through space encased in foam.

So the technology is impressive, varied and interesting…the way the worlds Ae visits are described well and Roberts does create a living breathing universe that the audience can imagine which is all good, unfortunately, Stone has one pretty major factor dragging it down…namely: Ae himself

Yes, the main character, the person from who’s perspective the audience are hearing the story is nothing more than a whiny little bitch. He spends so much time complaining, crying, and moping about the situation that he has found himself in. He also spends a huge chunk of the book without Dot-tech when all I wanted to know was why he didn’t kill someone, and take theirs, as it turns out he can’t do this because his body will reject Dot-tech (and you find out why after the "twist" ending) but it is a long way into the story before he even tries. Why does he endure so much without thinking to himself: "Do you know what, Dot-tech will make me practically immortal so getting some of it inside me as soon as possible with be a good idea" but no he doesn’t attempt this until a long way into the story. Plus, at the start of the story Ae is also back in his prison so you know that he doesn’t ultimately escape, or gain his freedom.

I also want to know how killing an entire planet’s population is made this boring.

Ae spends so much of the book just pissing around doing nothing of any importance, he worries about the task that he has undertaken, and worries about how he is going to wipe out a planet but after so much build up the payoff is really anti-climatic…I won’t spoil it but suffice it to say when I heard about a book in which the universe’s last criminal is called upon to kill a planet’s population. I was expecting to be reading about a stone-cold badass, not a whiny twat who spends the whole book talking about crap that is unimportant before the planet’s population is killed off relatively easily and all in a few pages.

I wouldn’t say that Stone is a bad book, the universe it creates is very impressive with interesting people and technology. Unfortunately Ae is such a lame character, I have never read about a murderer who is this dull, and all he does is complain, complain, complain, for fuck sake man you are supposed to wipe out a planet, grab a sword and get chopping! Or get a space ship and attack the planet from orbit! You know something constructive!! Or at least do something interesting!!! I made it to the last page so it kept me interested enough to want to know what happened in the end but ultimately I was left disappointed. 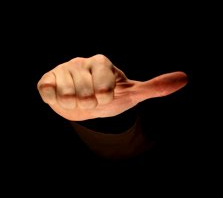 4/10 – Some decent ideas and the universe created here are interesting and I enjoyed reading about this futuristic society, unfortunately, the concept of the universe’s last murderer being hired to kill the population of a planet should have been badass, sadly it isn’t, it is just so very boring