Greetings, I am The Alien Critic, and I welcome you to my website

As a name: The Alien Critic is a little bit of a mouthful so you may refer to me simply as TAC, that is obviously not my real name, but in order for a human to pronounce my true name your tongue would need to have been ripped out…so I think you’ll agree…"TAC" will suffice

If you want to know more about me and my back story then read on, but if you just want to crack on with my reviews and articles then click on the pages above.

Who is The Alien Critic??

Okay if you are reading this then you clearly want to know more about me...if you are sitting comfortably then I will begin…

So who is The Alien Critic…??? 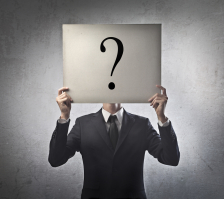 Now the more astute of you may have already surmised that I am an alien, and I come from a planet named Brian. Yes, my planet’s name is Brian, what of it, your planet is named after soil so neither of us have home worlds that are named that imaginatively.

Anyway, I have now been living amongst you humans for over thirty of your Earth years (or twelve Brian solar-cycles). But how did I come to be here you ask??

Well I am a Communications Officer in the Grand Seniority’s Reconnaissance Fleet, and amongst my many, many, many highly important tasks is scouring the cosmos for planets that might make good places for my all-powerful, and all conquering race to set up new homes and outposts. So whilst going about my duties on board my massively powerful and badass spaceship I was taking a short cut through an insignificant little solar system on my way to more interesting sectors when I happened upon a planet called Dirt, no sorry Earth. It was by no means special or unique in any way but its proximity to its system’s sun would make it, if nothing else, a nice holiday destination…so I decided to check it out

After doing a quick fly-by and scan I determined that this planet was ripe for the conquering, military forces were laughable, and humans ridiculously easy to enslave or wipe out. I landed in a secure region with my ship under cloak and phoned my home world to alert my superiors that I had found a planet that could be easily taken over. I was informed by an automated message that my call had been placed in a queue and would be answered shortly…and that was over three decades ago.

I’m sure that being kept on hold is something that you humans can relate to and as you know there is very little you can do when hanging on the phone. Apparently my superiors know that I am on hold and it will not be taken kindly if I hang up so I just have to keep waiting until they pick up.

So with nothing but time on my hands I decided to watch some MWTV (that’s Milky Way TeleVision), my ship can access over twenty-seven thousand channels and out of curiosity I also hacked into the human communication networks so I could include all human stations to that list. My ship also has the capability of playing any game from a library that contains millions of titles plus (as I learned later) can also play any game from any of your games consoles.

As time went on my eyes were drawn to your television stations, and other forms of media and entertainment more and more as I was becoming more interested about the world I was currently stuck on…and guess what??

Some of it was actually pretty good, creative and interesting.

Even as an outsider I was able to appreciate some of the shows that I was watching, however, I have also seen some of the worst crap in the history of the universe and considering some of the stuff I have seen that is saying something. Believe me I have seen amoebas copulating and that is more interesting than some of your most popular franchises, works of fiction and classical literature.

It is true that I cannot hang up the phone or venture further than the moon’s orbit without my superior’s potentially realising, but that does not mean that I have spent more than thirty years sitting on my triple buttocked ass doing nothing but killing time (just most of it).

To that end I installed a chip into my brain that connects me wirelessly to the phone line onboard my ship so if my people do answer I can communicate with them. I used some genetic material to create a “skin-sack” that enables me to blend in perfectly with regular humans beings. Humans can be fascinating little creatures and in the same way you guys might have an ant farm I wander through your world, observing, and mingling with unaware people. My skin-sack has a job, several friends and of course no one has any idea that I am really an alien in disguise…

Even having a job, and friends hasn’t meant that my time is being filled up. This is because I only need to sleep for ninety-two seconds every thirteen days, so I have decided to share my opinions on your various forms of media and entertainment. Being an alien I can be completely unbiased and my superior intelligence will undoubtedly give valuable insights that you can implicitly trust.

I figured out how to use this internet-thing and created this site. Here I do reviews of films, television shows, computer games, books and anything else that has captured my interest or incurred my wrath. I have to say though that reviews are not the only thing that I am going to do with this site, basically this is a means to talk about things that I think are worth talking about because they are good or because they are bad.

My opinion is exactly that, the opinion of an intellectually superior alien who is using his unique perspective to educate you less fortunate human beings, and as long as you have found my review to be entertaining then I have accomplished what I set out to do…and if you don’t agree, well, you are going to get vaporised when my people arrive so who cares what you think.

I use an innovative out of ten rating system but I am also going to give the subjects of my reviews a cheerful Thumbs Up, a definitive Thumbs Down, or an indifferent meh as my Thumb stays Horizontal…I say my Thumb but as I lack thumbs I will be using a severed hand that I…er…found somewhere or other.

Make no mistake that the invasion of Earth is going to be sweeping in as soon as my people pick up the phone, you humans are going to have to accept that, and who knows we might even keep a few of you alive in zoos or as servants, so it is not all bad. Basically what I am saying is in the future all bets are off but for the moment there is no reason that we cannot be friends.

I have managed to imitate language and the written word most of the time so there might be the occasional grammatical or spelling error but if I spot them I will correct them. By the way I do love the human’s turn of phrase and especially your curse words because they can be so explosively explicit. As a result I will use some colourful language in my reviews and articles so if you find that offensive then I suggest you don’t read them…plus I might talk about key plot points when talking about films or games but I will generally drop an alert that a spoiler is coming, but not always, so on both of these subjects…you have been warned.

Anyway, that is a little bit more about me, hopefully you enjoy my reviews and life in general until the day the heavens turn black as swarms of indestructible ships descend on this puny world and crush you all into dust…sorry I have wandered from the point a tad.

It is now 2019 and I have decided (or rather Abbie decided) that I need to bring myself more up-to-date in terms of social media. To that end she has set me up a Twitter & Instagram account and I will link my weekly reviews on that as well as on this site.

If you want to comment or give suggestions of things that you want me to cast my mighty alien intellect over then drop me a message.