First aired in 1975, The Good Life is a BBC series that ran till 1978, and starred Richard Briars, and Felicity Kendal as Tom and Barbara Good, with Penelope Keith and Paul Eddington as Margo and Jerry Leadbettter. The premise was that a middle-aged husband and wife abandoned the “rat-race” to start a new life as a “self-sufficient” couple whilst still living in their own home in Surbiton, a suburban area of South-West London

I may have mentioned once or twice that I have been on this planet for around 30 years and have a certain sort spot in my hearts for the shows that I used to watch when I first arrived, Dad’s Army, Fawlty Towers and of course Only Fools and Horses were just a few of the ones that I enjoyed. One of the perhaps lesser known comedy gems that came out of the 1970s was The Good Life, and was one that I tuned in to watch wherever I got the chance, however, I cannot say that I watched every episode, until now…

The gist of the show is that on his 40th birthday Tom Good (Briars) decides that he has had enough of the nine-to-five routine and working as a graphic designer for a company that makes plastic toys to go in packets of breakfast cereal. So, doing what any sane person suffering from a mid-life crisis would do, he convinces his loving wife Barbara (Kendal) that they should abandon the daily norms and start a new life being self-sufficient. Meaning keeping animals, growing their own food, building a generator that runs on methane (produced by animal droppings) and trying to live without any external help.

Their decision is not one met with open arms by their snobby neighbours but close friends Margo (Keith) and Jerry (Eddington) who are horrified at the prospect of living next door to pigs, chickens, a goat and a couple that are determined to make a go of their new lifestyle. However, despite the hardships they face Tom and Barbara persevere with self-sufficiency and even get help occasionally from their long suffering neighbours…

There is something that modern comedies severely lack, and that is innocence. Today if you want to make someone laugh then innocent members of the public need to be humiliated, or sex or bowel movements need to be at the forefront. But back in the 1970s and 1980s, comedies worked because they were well written, well acted and enabled the audience to form bonds with the characters. Could you honestly see a comedy like Porridge being written now?? Or Steptoe and Son?? Or Dad’s Army?? and it actually being funny??

No, because clever comedies are an almost lost art, however, The Good Life is such a comedy.

The idea behind it is simple: a couple want to break from the shackles of modern life and live their own way without interference. Tom Good may just be suffering from a mid-life crisis but he has enough boyish charm to never come across as a bully or someone who convinced his wife into doing something that she didn’t want to do. The couple are forced to endure their share of hardships but they keep ploughing forward with the energy and enthusiasm that most people living into the nine-to-five routine sadly lack. Barbara is always Tom’s rock and keeps the pair of them moving forward even during moments when Tom wonders if the life they’ve chosen threatens to cave in around them.

Margo Leadbetter is the ultimate snob, she goes horse riding, is a member of a music society and fills her days shopping using Jerry’s chequebook. It would be quite easy to dislike her but Penelope Keith is able to give a bumbling charm to her, she could almost be seen as a precursor to Hyacinth Bucket (pronounced “Bouquet”) from Keeping Up Appearances, because everything she tries to do usually blows up in her face but she keeps going and manages to give Tom and Barbara a helping hand from time to time. Her aspirations are to be the wife of her executive husband and will cater to any guests that drop round as Jerry spends his time trying to keep on his boss’s good side. As for Jerry his Boss, simply called “Sir” most of the time, uses him as an ambassador for the company and general dogsbody. As a typical city executive Jerry has to endure traffic on London bridge, trying to get a promotion plus the shenanigans going on over the fence but like Margo maintains a close friendship with Tom and Barbara.

The Goods have to contend with a leak thief, chickens that don’t lay, and the weather itself as they battle to make their life choice work. Next door Jerry continues his nine-to-five routine as Margo tries to improve her social standing in the community as well as the music society putting on a production of the Sound of Music which naturally doesn’t go to plan…

The majority of the episodes are relatively self-enclosed, in the early episodes the Goods are planting their crops and naturally they grow over time. They harvest, sell them and plant more, but generally like a lot of shows from around that time you could drop in mid-way through a series and quickly grasp what is happening. A fair amount of the episodes only star the four main characters, and they all work very well together on screen, with Jerry’s laugh a continuous highlight.

The show is one of my favourites although the final episode of the series ends on a bit of a downer. However, there was a Christmas special and a Royal Command Performance Episode filmed in front of the Queen after the series finished which helps to end it on a higher note than the last episode did. The series is available in a box set which contains every episode, so if you like quirky comedies with mountains of charm and more than enough laughs then I urge you to track it down.

Like so many classic comedies The Good Life can withstand the test of time, and I find is as funny now in 2016 as I did the first time I saw it. Like Dad’s Army it is an effortlessly funny comedy that works not just because of the writing and setting but the chemistry of the actors themselves. I am naturally going to give the show a Thumbs Up because like I said it is still funny and possesses enough appeal to have you rooting for the happy-go-lucky Goods and the snobby but likeable Leadbetters. 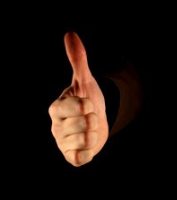 8/10 – The final episode ends on a bit of a downer, fortunately that is not the last time we see the Goods, and as every episode is available in a box set there is no excuse to not give it a watch. If you like your classic comedies then look no further than the best (and only) self-sufficiency sitcom