So from talking with excitement about something that I am looking forward to, namely Resident Evil 3 Remake having played the teaser in the form of the Demo, I now have to turn my smile into a weary sigh and a skyward look as I talk about Rockstar’s buggy Wild West open world...Red Dead Online

The broken wagon in the picture is a metaphor for the broken game...did that come across or was it too subtle?? I wouldn’t ask but I know that you humans are not exactly the brightest stars in the cosmos, no offence intended; I’m just stating a fact.

In the recent weeks I have been playing Red Dead Online because unlike my usual comfort game GTA Online there are still goals to achieve. In GTA I own everything worth owning and a few things that aren’t (like the yachts). I literally have garages full of supercars, sports cars, off-roaders, military vehicles, and a hanger loaded with planes and helicopters. None of which really serve any purpose as I change the MTU settings whenever I want to play it so I can avoid the dickheads that are a dime a dozen on public servers. That and I use the Oppressor Mark II for grinding so at Level 450odd, with over $50,000,000 in my bank there is not much more to do than play the game for the sake of getting more money or XP neither of which I need as my level is just a number these days that doesn’t really mean anything.

The world of Red Dead Online appealed because there I still had stuff to unlock which included new weapons, horses, vehicles and upgrades for my camp. In addition at the moment when you buy something in Red Dead it is basically a one off payment and you will never need to pay out for it again. You only have a single camp which is pitched in different locations around the map, but once you have bought the stew pot which enables you to cook meals which fill all your cores that last for an in-game day you don’t need to spend that money again. Ditto with the deluxe campfire or a new tent. Personally whilst I am currently Level 57 I do not see the point of upgrading my tent until I have reached Level 64 at which time I will unlock the best one and job done, my Camp is fully upgraded.

If this was GTA Online you need to keep grinding for money because properties are expensive costing a couple of million with the upgrades costing around the same amount again. $50,000,000 might seem like a lot but with things like the  Lazer jet costing $6,500,000, yachts costing $10,000,000 and the dozens of businesses, plus vehicles retailing at a few million a piece that $50,000,000 could disappear very quickly. In Red Dead though, I have paid maybe a couple of thousand dollars which was as much as I am going to need to spend in order to get my camp up to scratch (with the exception of the tent as I mentioned before).

The Roles that I like, Bounty Hunter, Collector and Trader don’t cost you anything to do and you can loot any fallen enemies so you generally are not hurting for supplies, ammunition or collectables. Apparently if you upgrade the Sill in the Moonshiner Shack you make better money whilst the resupply costs the same but selling stuff for the Collector gets me all the money I need, with Bounty Hunting needing me small but frequent Gold nuggets that rapidly become Gold Bars.

The community is also generally live-and-let-live so whilst I occasionally get attacked I have reached a stage where my weapons are pretty powerful so generally I can take on and kill anyone trying to grief me. This isn’t someone firing a rocket from their Mark II Oppressor and making a break for the horizon before you have time to even think about fighting back.

Sadly though my efforts to progress through the game earning XP, money and Gold has been hitting the same wall. 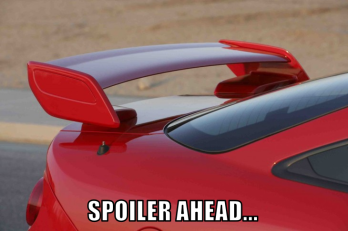 When everything works well the game is fun and I am enjoying playing it. I am doing what I did in GTA Online and buying things when they are on offer, so am not wasting money. I am also using the weekly bonuses to my advantage. This week for example Traders were getting an additional 50% XP from sales, and resupplies. Since that dropped on Tuesday I have basically gone from a Rank 1 Trader to a Level 17, simply by doing sale and resupply missions back to back. A sale is worth the same XP regardless of the amount of goods being sold so I have just been selling, resupplying, selling and so on. This is also helping me to Level up through the game’s Ranks as there are items that I have my eye on, recently that was a sniper rifle so I am not at a disadvantage in long range combat and also it can be used for hunting.

Unfortunately the game is a buggy mess that is preventing me from playing it. Sometimes the above error screen will appear out of nowhere kicking me out, other times I will be unable to deploy my camp anywhere on the map, and I have had instances when my Camp appears on my map but when I head over to it I am confronted by a patch of empty space. I have had my camp de-spawn during resupply missions for the camp so Cripps sends me on a mission then a message pops up telling me he has packed up the camp so it needs to be redeployed...it is pretty aggravating when you are trying to get things done and this happens. I have also selected a resupply mission only to have Cripps stare blankly at me, and I have to shut the game down because nothing else happens. Or worse, I select a mission which doesn’t activate but I get Cripps standing in front of me telling me to hurry up, that he’s busy, or that I am wasting his time. I am trying to select a mission I don’t need an NPC moaning at me because the pissing servers won’t load up the activity I am trying to do.

This problem isn’t only affecting me either, if my internet connection was iffy then I would be annoyed but it isn’t Rockstar’s fault. Yet today when I was trying to play the game I passed another player’s camp and saw that player’s Cripps standing in the middle of an empty field. A few minutes later I passed another and again this one was just a space with sweet bugger-all in it. As a result players cannot visit their own camps, do Trader missions, or even rest to replenish their cores...all of which are fairly big parts of the game in its current form.

If I’d only had issues with the Camp spawns then that would be irritating but not really a deal breaker, prior to the Trader bonus week I hadn’t been bothering with the role at all, as just owning the Butcher’s table unlocked the Stew Pot (which I wanted) and a few other items. I have been trying to blitz it this week because come Tuesday the XP rewards will return to normal.

Sadly the connection issues have been preventing me from launching Bounty Hunter missions as the icon to activate a mission hasn’t become available when approaching a Board, and sometimes it will activate, all other icons disappear from the map, then you are left standing there with nothing to do because the mission then doesn’t trigger.

The game straight up doesn’t load into Online more often than not. The error message above drops and you have the choice of either playing story (which I have started working through) or closing the application down and starting again. I generally will have to restart the game at least twice a day minimum to correct the bugs and issues that happen when I’m trying to play which is ludicrous and unacceptable for a triple-A game released by a company that is worth billions of pounds.

What is more annoying than anything else though is that fact that Rockstar is worth billions with GTA5 still breaking records and GTA Online also raking them in a fortune with Shark Card sales. So why the pissing hell are the servers for Red Dead so bad?? Why am I lucky if I can get a few hours playing the game without the damn thing crashing, freezing or straight up booting me out?? When it first launched GTA’s servers were also very bad as they were getting hammered by the amount of people trying to play but why hasn’t Rockstar learned and made some improvements to Red Dead’s servers??

I have seen various videos on YouTube about Red Dead Online dying or about to die, and that work is needed to save it. Whilst some people say the same of GTA if you want to play that game you can, just change your MTU settings and enjoy the world of San Andreas. Yet in the case of Red Dead Online I think that they may have a point.

At time of writing the game is damn near to being unplayable and I have said before that once I have reached the maximum level of 100 and purchased everything I want is there going to be anything to keep me coming back?? Realistically no, because this cannot become another relax-y game for me if I am having to fight the servers to get the thing to work properly. I pay very little attention to most people on YouTube, however, in this case they might be right. If the game doesn’t receive some serious attention and stable servers then I doubt that it’ll still be around this time next year.