Happy 2022 to all of you humans, and I shall say that I hope you all had a good holiday season, despite the fact that I do not really care if you did or not. Personally I spent some of my time playing a chunk of DLC for a game I rather enjoyed playing, namely Man-eater: Truth Quest. It was originally released in August 2021 but went on sale recently so this is when I decided to pick it up. Now it is not a stand-alone expansion and you need to have a copy of Man-eater in order to play it so just keep that in mind.

As before the game is narrated by Trip Westhaven (Chris Parnell – Jerry from Rick and Morty) who has been relegated to a streaming platform after his first series was cancelled for being too violent and showing the deaths of various people. The premise of the DLC is that your mega shark ventures of a secretive military complex known as Site P on Plover Island around which rumours of mutated monsters have been circling for years.

Your shark (which has all of the stuff you unlocked when you played the main game) has travelled there after sensing or smelling a new Apex Predator that threatens her status at the top of the food chain. The waters around the island are filled with eradiated contamination and your shark must grow, evolve and mutate if she wishes to regain her crown as the Apex Predator.

As far as story goes that is pretty much it, so the question becomes, is this DLC worth your time?

Well, switch on your fact finding fish locators to find out...

The reason that I liked Man-eater was because you got to be a shark that grew larger and larger allowing you to turn the tables on the predators that hunted you when you were a pup. It was a breath of fresh air to be playing a game in which you are allowed to remain underwater indefinitely without constantly have to worry about bolting back to the surface for air. Fighting other marine animals and the various bounty hunters that would also come after you when you caused enough carnage was exactly the right amount of fun and challenge. I also enjoyed unlocking all the different options and mutations that you could equip, even if, the only really useful ones were the bone for tackling boats with the shadow form for other animals.

This time around there is a beastly atomic form that you can unlock, unfortunately as before if you are trying to take on boats using anything other than the bone form then you are going to be turned in chum in fairly short order. I honestly didn’t notice if fighting other atomic aquatic animals made you immune to their attacks and as the shadow-form allows you to poison anything attacking you which chips away at its health bar, I found it far more useful to use that one.

As before the game does have several references to pop culture, and I am pretty sure that the whole concept of the code name of the Plover Island facility being Site-P was inspired by the Site-B of The Lost World: Jurassic Park novel and film. In the JP film and book, Site B was a factory floor in which the dinosaurs were bred and also where Henry Wu was doing his research into his genetic hybrids which lead the creation of the Indominus Rex. It is either a massive coincidence or a deliberate reference as Site-P is also the location of weird experiments that may have given rise to the strange monsters that now stalk the waters around the island.

In some ways this DLC was exactly what I wanted from another chunk of Man-eater, more mutations for your shark, more levels to gain, plus bigger and badder enemies for you to fight. New organs also gave me the opportunity to upgrade my shark, plus it was fun just being back in the watery-world of my custom bull shark. The final boss of the game wasn’t even a large whale, or shark, but a creature that looked like I belonged in the cretaceous period rather than the modern day. It was strong, powerful, and needed some time and patience to beat.

You are also able to travel back to the map you were in previously with a few new things added to give you a reason to return to them to explore.

Unfortunately whilst there were things I liked, the DLC also took a leaf out of the Spider-Man additional story mode and took one of the worst aspects of the main game putting it front and centre in the DLC. In Spider-Man it was the infuriating Screwball missions and here it is the time trials. In all honesty I cannot remember if the main game had a lot of time trails in it, or if they have just been added here. The fact that I cannot remember if they were there obviously means that if they were then they were not frequent enough or annoying enough for me to take notice. Sadly here they are one of the main side activities that you can partake in, and not surprisingly they are loads of them. Even less surprisingly they seem to exist to mercilessly pad out the game by making them very awkward, tedious with the rings you need to swim through being on bridges and land meaning that if you make a mistake it is back to the start. I had to do some of them over and over again because I’d miss a ridiculous jump out of the water missing a ring that was on a bridge or something, and having to pathetically keep trying to jump at it as the timer ticked away sending me back to the beginning. Chris Parnell’s constant narration pointing out my continued failure because increasingly aggravating as one attempt rolled into another. I sat there with an angry look on my face for the entire time I was pushing myself through these tiresome challenges, and the only reason I did them was for the trophy. Every time I finished the trials in the area I was in, I hoped the trophy would ping meaning I was done with them, but each time I winced as I knew that the moment I went to the next story mission more trials were going to get dumped onto the map.

The time trails were not the only irritating thing that the DLC brought over, there are an excess (meaning more than two) missions in which you must kill soldiers. These soldiers are on land so you have to beach yourself and flop around like a, well, like a massive shark on land, chomping on people constantly shooting at you. I get that the game is called “Man-eater” but why do we forever need to be lolloping around on land like an elephant seal whilst human beings who have the sense to shoot but don’t have the sense to run away try to kill us? It is always 10 of them too. Not 5, or 15 or 20, nope each and every time you have to consume 10 soldiers which is about as interesting as lying on the floor of your room and trying to cross it using nothing but your lips to propel you forward.

The transitional loading screens also keep popping up at very inconvenient times, every time you cross the threshold into a new area you get a short loading screen. Not so much of a problem if you are swimming around, more of a problem if you are mid-battle with another sea beast or a team of bounty hunters. On one occasion I was taken to a whole new location when I accidently strayed into the corona for one of the other locations in the main game.

Fighting bigger sea creatures whilst exactly what I wanted has still not gotten less of a cluster fuck, and just like it was in the previous game, there is still no lock-on option. As a result you are basically just throwing yourself into combat with spins, tail swipes and good old fashioned bites hoping that you are whittling down the health of whatever it is you are trying to hit

When all is said and done, the question becomes: is the fun stuff worth the other crap that has been stuck in here as well?

If you liked playing Man-eater for the same reasons I did, namely getting petty revenge on the enemies that looked at you funny, chomping on unsuspecting humans swimming or in boats, and fighting with other sea creatures, basically living out your own Jaws fantasy then this is more of the same. However, if you find doing tedious tasks like the time trails over and over with just the promise of a trophy at the end of it then the rest of the game is not really enough to justify the price of this DLC.

So now comes the time to decide which direction to put my Thumb, the game is fun when you are being a shark, attacking other predators, scoffing down humans and fish to keep your health up whist smashing bounty hunters into splinters. Sadly it is boring, frustrating, tedious and a slog to get through when the time trials and eat 10 soldier missions keep popping up just when you think you are finally done with the damn things. It is a mixed bag and so the only thing that I can do is leave my Thumb Horizontal. 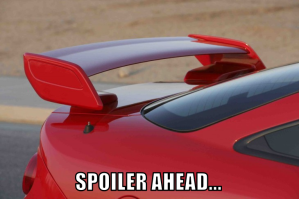 6/10 – I enjoyed the shark aspects enough to advise getting the DLC when the price drops (as it had when I got mine) because the lower price point helps to justify the bits which are clearly only there to pad out the playtime. The game is worth £8ish which is about what I got it for, but it is not worth its original £11.99, so get it when it is on sale but it is not worth picking up at full price.