Released in 2008 following Iron Man this film was the second to be set in the newly created Marvel Cinematic Universe. The film stars Edward Norton as Bruce Banner/Hulk Liv Tyler as Betty Ross, Tim Roth as Emil Blonsky/Abomination, Tim Blake Nelson as Samuel Sterns, and William Hurt as General Ross.

In 2003 when Marvel films were crap Eric Bana was in the title role, the film: Hulk was boring, had terrible CGI and made about as much sense as a mouse walking around with a potato on its head. Now whilst that is kind-of a back story to this film, The Incredible Hulk is effectively a new film, a reboot, and as most people know how Bruce Banner became the Hulk, it is not really examined. How he became the Hulk, the aftermath, and his former relationship with Betty Ross is implied but not seen.

The film opens with a brief recount of the events that lead to Banner being infused by gamma radiation, and skips ahead five years to where Banner is living off the grid after being relentlessly hunted down by the United States Government. He is in Rio De Janeiro working in a bottling plant but is trying to work on a cure for himself, and is conversing with a fellow scientist Dr Sterns. Whilst at the plant he cuts his hand, and a sample of his blood ends up in a bottle that winds up being drunk by Stan Lee. The government hear about someone being poised due to gamma radiation and deduce that Banner must be at the bottling plant.

They head to Rio with a special forces solider, Blonsky, joining them. During their attempt to capture Banner, the Hulk emerges, fights off the soldiers and escapes.

Blonsky wants to have another shot at the Hulk and as Banner decides to make his way back to the United States, Ross and Blonsky use an attempted recreation of the Super-Soldier serum that gave Captain America his powers to give Blonsky an edge against the Hulk. But as his speed and strength increase Blonsky also starts to crave more and more power as the Government continue to hunt Banner.

It seems that doing a story about the Hulk is hard, I mean when you think about it all Stan Lee has done is ripped off Dr Jekyll and Mr Hyde (you can actually argue that Stan Lee has ripped off all of his ideas from other sources, especially DC comics, but that is the topic of another article). On the one hand you have Banner trying to find a cure for a dangerous alter-ego that he [Banner] cannot control and on the other there is a government force that is trying to weaponise his dangerous alter-ego, that is pretty much it in terms of what you can do as a story...so like I said a Hulk movie is hard.

Now the premise of the Hulk is that whenever Banner gets angry it triggers his transformation, although here it is indicated that it is actually his increased heart rate that causes the Hulk to come forth. So here is my question – why is it rage that causes the Hulk to emerge from within him?? I get that anger is a powerful emotion, but there is a scene where it looks like Banner is going to get some action but he stops because it is raising his heart rate and he is afraid the Hulk will put in an appearance. If Banner is under stress, frightened, or whatever then surely the Hulk is a manifestation of his fight or flight response?? I don’t see why the Hulk is a manifestation of rage, if Banner is frightened wouldn’t the Hulk flee rather than fight??

I don’t really understand the character of the Hulk but let’s put that point to one side and look at the films itself.

It is leaps and bounds ahead of 2003’s Hulk but then it would have been very difficult to get any worse as that film was a truly appalling piece of crap. The Incredible Hulk is a definite improvement, and has several links to the new Marvel Cinematic Universe. The government use Stark technologies and Robert Downey Jr makes a cameo appearance at the end of the film.

The Hulk doesn’t appear often enough for my liking, however, when he does at least he gets an opportunity to develop as a character. He protects Betty Ross and battles the Abomination in the film’s climax. Both of the super powered characters clash in a bone crunching fight that is a spectacular ending to the film. In this sequence Banner has decided to use the Hulk as a weapon to fight Blonsky who has infected himself with Banner’s blood thus turning himself into a huge monster, that is not a spoiler because most of the trailer showed the Abomination and finished with the pair leaping at one another.

Is it just me or is practically everyone in authority completely retarded??

Trying to apprehend Banner guns blazing was never going to work, because it never does. I have played the Hitman games and in several of those you can kill people by putting poison in their drink, so why didn’t the military sneak into his apartment whilst he is at the bottling plant and slip some sleeping drugs into his thermos?? He is unconscious and wakes up in a cell, simple. But no all guns blazing, the Hulk emerges, kicks the crap out of the soldiers and vanishes into the night.

When the Hulk is fighting the Abomination Ross orders one of his soldiers “[To] give him some cover!” to which the soldier replies “Which one?”

The one who is fighting on our side…obviously…it isn’t until Ross tells him to cover the green one that the soldier opens fire on the Abomination.

Doing the hero on the run thing has been done a million times and as a story line is not anything special. Norton does a decent job as Banner and Hurt as Ross but my favourite character here is Blonsky with Roth stealing the scene even when he appears alongside the huge Hulk.

I would have liked to have seen more of the Hulk but when we do get to see him he is a sight to behold and the final battle with the Abomination is great and one of the best on-screen fight scenes that I have ever seen. It is top notch action, great CGI, and more importantly gives the audience a great climax to the story’s events.

By the way, the Tony Stark bit is probably what would have come after the credits so there is no point sticking around as this film does not have a post-credits scene.

The Incredible Hulk gets my Thumbs Up seal of approval but I am wondering what this character can do from here and how he can evolve because the Hulk seems to be a little bit of a one-trick pony. 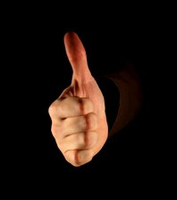 7/10 – Great fun film, more of the Hulk would have been good, but still a million times better than the truly woeful Hulk